U16 Victory Gives BB&O The Double

The Under 16s team completed a fantastic double by winning the South Eastern Group League finals at Essendon against Sussex and Essex. After a tight triangular morning foursomes BB&O led Essex by 5 points to 3 and were even with Sussex at 2 a piece. Critically, Essex had faired slightly better against Sussex than they had against BB&O.

In the afternoon singles both Sussex and BB&O managed to win all but one of their afternoon matches against and unlucky Essex. Scores between BB&O and Sussex were very close and again both teams tied leaving them both on the same number of match points.

Having beaten Essex in the morning foursomes slightly more convincingly than Sussex, BB&O won on game countback and were the winners of the very first Under 16 League Championship. 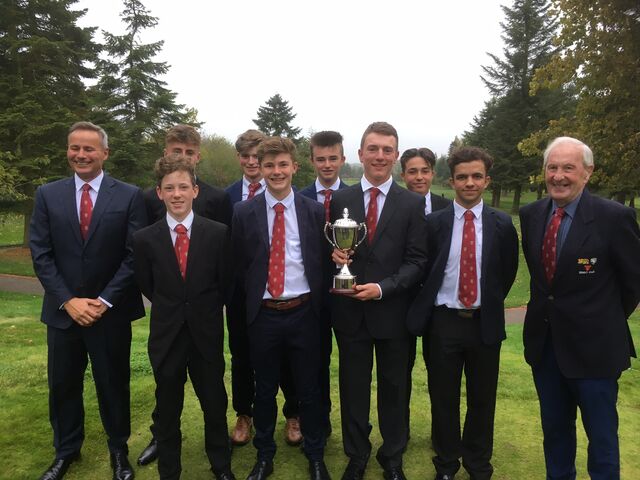