BB&O needed a strong start against Northumberland in the foursomes. Conor Gough (Stoke Park) & Rory Browne (Feldon Valley) got the match underway and were down early due to a birdie blitz from their opponents. The pair got it back to A/S although the match slipped away towards the end and they lost 3&1. Ben Loveard (Woburn) & Taylor Paul's (Stoke Park) match was tight on the front nine, but they sneaked ahead on the back nine to be 1 up thru 11 holes. After gaining momentum they won 3&2 to bring the overall match to 1-1. Olly Huggins (Frilford Heath) & John Gough (Stoke Park) got up early in the match getting to 3 up after 8. After a consistent back nine they secured a win to leave BB&O 2-1 ahead going into the afternoon singles.

Conor led the way in the singles and with a tight match that went all the way, Conor needed to birdie the 18th to half the match. He did just that by holing a clutch putt! Ben Quick (Beaconsfield) followed in a match that was nip and tuck all the way to the 18th, finishing in a half. John was 2 down early in the match but fought back by winning 6 holes on the bounce to win 4&3. Olly played solidly and was 3 up after 10 holes on his way to winning 3&2. Taylor was in fine form as he birdied his 9th hole to go 4 up on route to a 6&5 victory. Ben Loveard was a/s through 9 holes in a tight match. After rallying, Ben was dormie 2 up but two great up and downs from his opponent resulted in a half. A fantastic afternoon for BB&O as the team were unbeaten in singles resulting in a 6.5-2.5 victory over Northumberland. 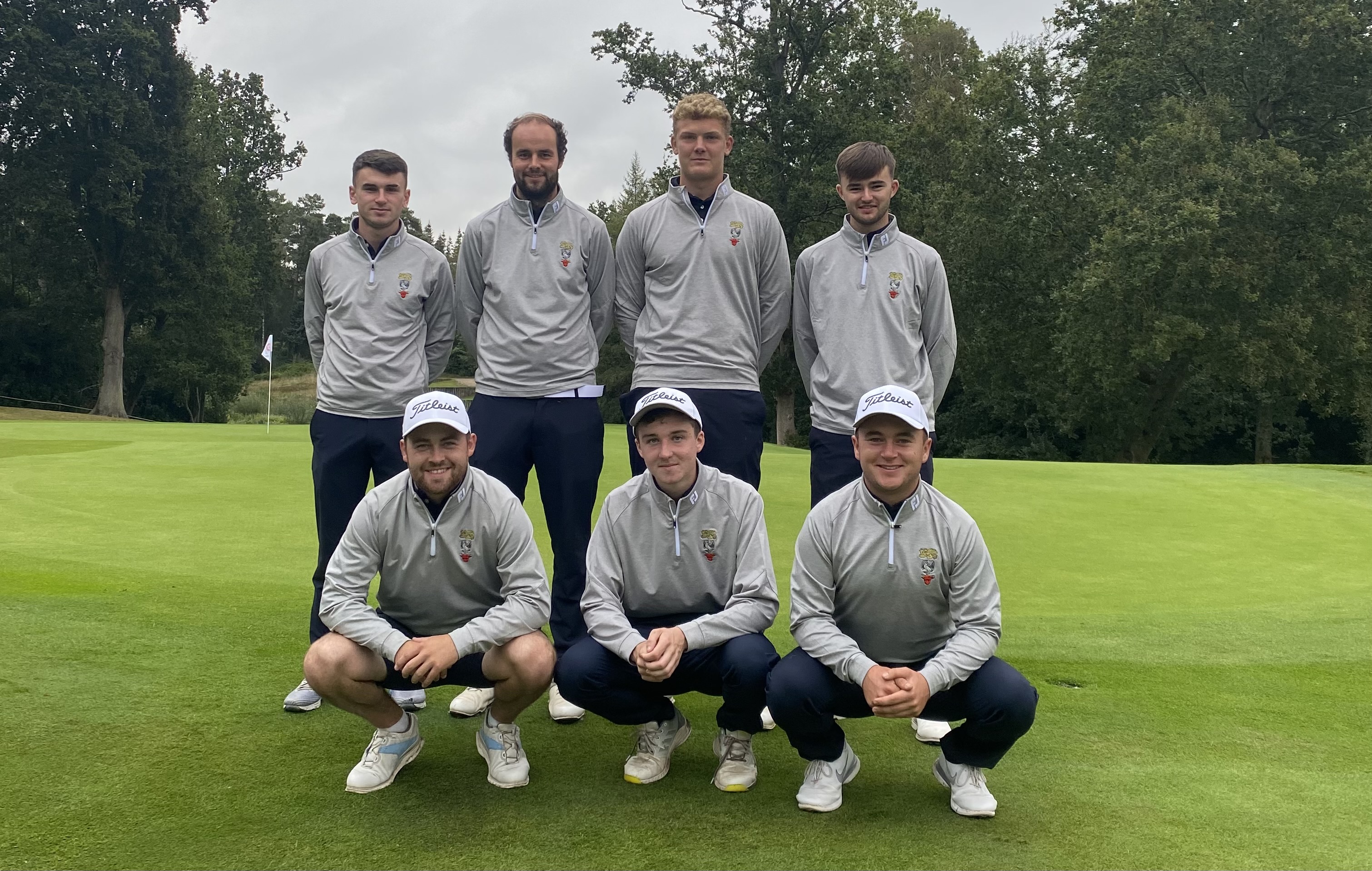